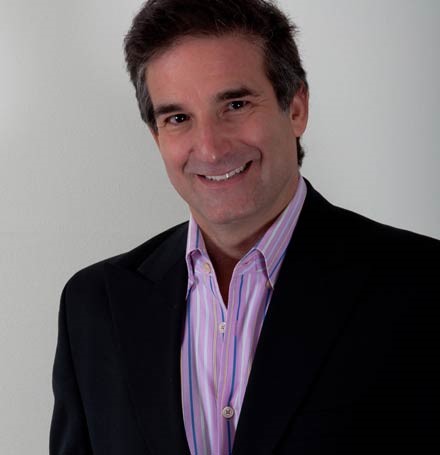 Richard Ayoub brings 20+ years of management and leadership experience to Project Angel Food. While having a rich and thriving career in television and digital media, Richard has always juggled his entertainment work with his passion to help the underdog.

Richard has always led with his heart. He began his philanthropic activities at the age of 19, when he led a fundraising effort in his hometown of El Paso to send a local elite level gymnast to the Olympics. Through the years, he was a top fundraiser for APLA’s AIDS Marathon and was on the board of The Trevor Project for seven years helping grow the annual budget from $600,000 to $6 million. In 2001, Richard founded Friends of Lockwood, a grassroots group of friends that adopted an elementary school in an economically depressed area of Hollywood.

Richard is also a master at startups and is excellent at creating a cultural shift. He was lured to ManiaTV!, the world’s first live online TV network, to serve as Executive Vice President of Programming, he is the founder of the successful TV brand “CyberGuy,” he and partnered with Jay McGraw (Dr. Phil’s son) to start the anti-tabloid entertainment website, RumorFix.

When asked why Richard would step away from entertainment to lead Project Angel Food as Executive Director, he said, “I received the call. And I answered it.”

A Message from Richard

It’s impossible not to be moved by the work of Project Angel Food.

Every week, 10,000 meals -- lovingly cooked by our staff and volunteers -- go out to people all over Los Angeles (from Antelope Valley to Long Beach) to help heal the sick.

Today there are still many men and women struggling with HIV/AIDS who are benefiting from our meal preparation and delivery service; however, we are happy to say that many are better and have cycled off the program. Therefore, with your support, we are now able to provide our services to other men, women and children who are affected by cancer, heart issues, renal kidney failure, diabetes and other serious illnesses throughout Los Angeles County.

What started as a response to the HIV/AIDS crisis in the '80s has truly become an organization that is a gift to people in Los Angeles, suffering from many illnesses, who are unable to buy food and cook meals for themselves.

Thank you for your unwavering support,